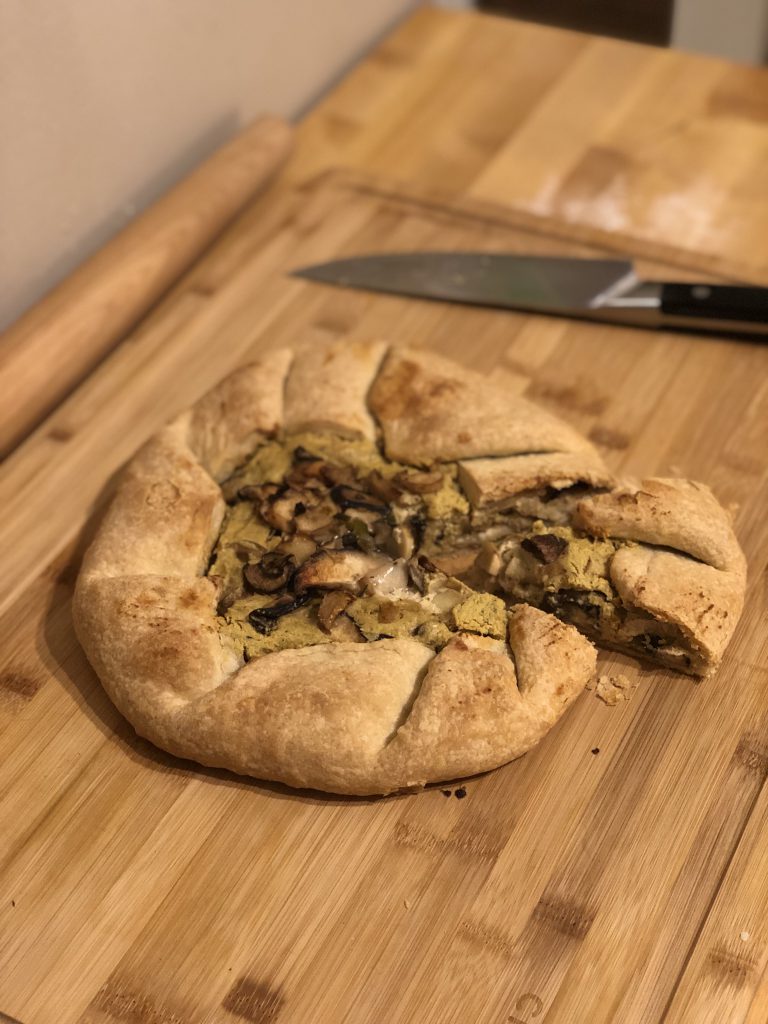 Mushroom Galette a la test kitchen. That pastry was really good–A.P. and whole wheat flour dough folded over in a rough-puff style. However the crust didn’t get rolled out thin enough, so ended up doughy at places. Need to roll out on the big counter (into at least a 14″ circle) instead of the cutting block.

Mushrooms were cooked with some green onion, then we added coconut yogurt, mustard, and herbed cashew cheese to make the filling. The flavors were pretty darn good!

Recipe took awhile as the dough needs to chill for at least 90 minutes total, then bakes for 40 minutes or so.

Next time: Maybe we will try making different fillings next time…zucchini and olives and/or other veggies!

any extra dough can be used for mini pot pies? Shit, just make this pastry recipe for pot pie!!