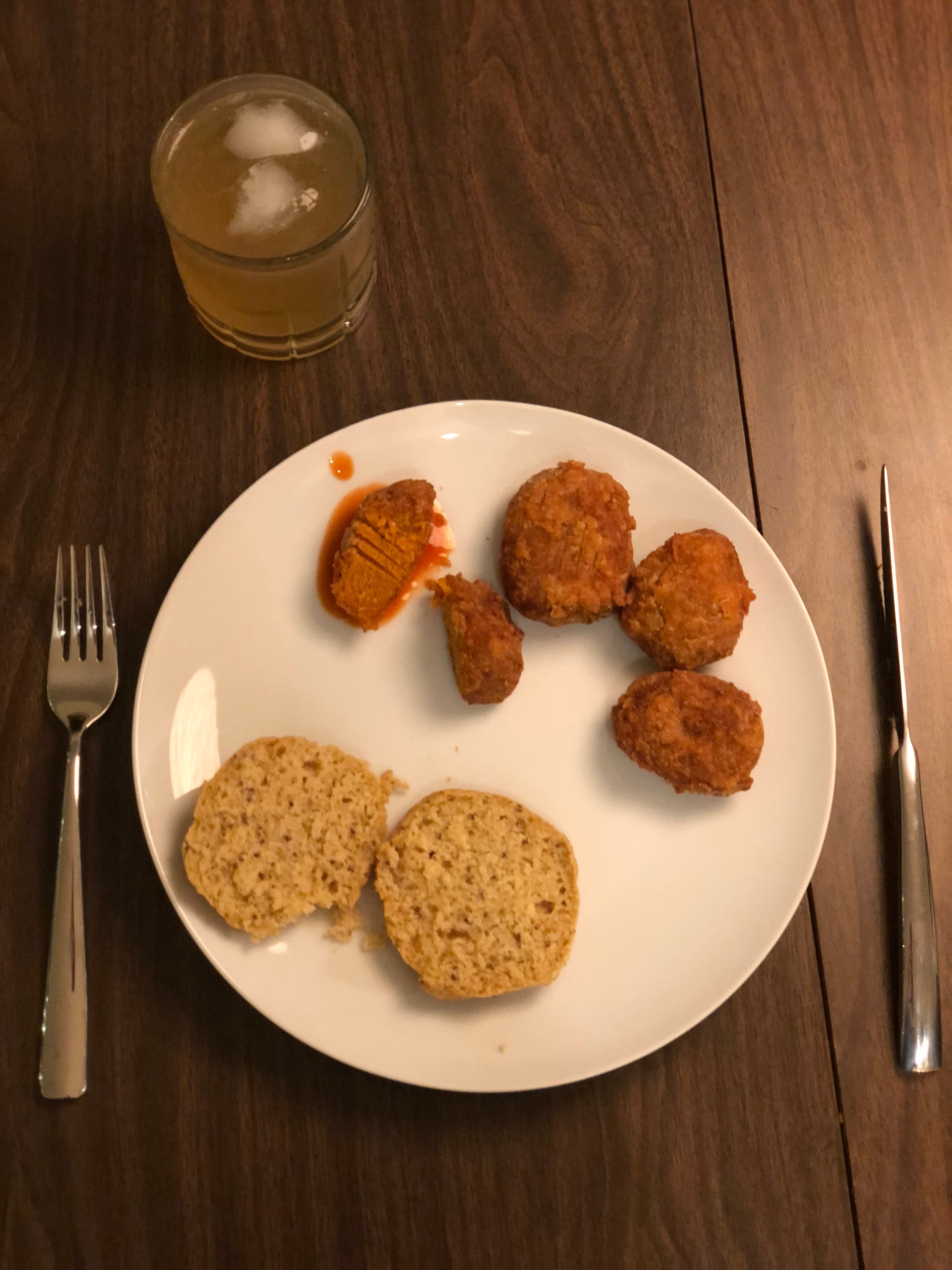 So Colt and I tried making this again, as it was really good last time. We more-or-less followed a recipe from TheEdgyVeg, but we kinda fucked it up this time.

The seitan nuggets fried nicely, but ended up very bready and doughy. I think we added too much vital wheat gluten whilst kneading the “chicken” dough, or possibly didn’t use a vital wheat gluten with a high enough gluten content. Used a whole bottle of Franks for the dough, but that made them too spicy. Would switch for half Frank’s/half stock as suggested in the recipe.

We should have planned ahead and made a ranch sauce or something to eat with the seitan as it was kind of dry.

Cody banged out some of ATK’s drop biscuits and they were the best part of the meal!